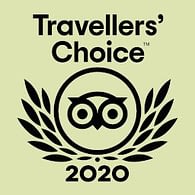 Russian physicists are building the largest deep-water neutrino detector in the world, Baikal-GVD, in Lake Baikal. It works in tandem with IceCube, a large-scale sensor installed in the Antarctic ice sheet. Together, they form a new type of astronomical telescope to study the most incredible objects in the Universe – active galaxy nuclei, quasars, and blazars. The head of the project, head of the Laboratory of Neutrino Astrophysics of High Energy at the Institute for Nuclear Research, corresponding member of the Russian Academy of Sciences Grigory Domogatsky told about how the unique instrument was created and how it operates.

How the idea of a detector on Baikal was born

I got involved in neutrino physics by chance. It was winter 1964, I graduated from the Physics Department of the Moscow State University. The Academy of Sciences of the USSR had just decided to create the Baksan neutrino observatory and neutrino laboratory at the PhIAN (Lebedev Physical Institute). We, the students, were ready to be admitted there, we were told that we would be involved in neutrino physics. We read a little bit about it, asked around, I, of course, already knew something about neutrinos, and agreed.

I worked under the leadership of the outstanding physicist Moisy Alexandrovich Markov. The chairman of the Neutrino Council of the Academy of Sciences was Bruno Pontecorvo, who had predicted the oscillations of this elementary particle. In the early 1980s, he invited me to become Scientific Secretary of the Council, and when he left for his home country Italy, he recommended me for his position.

In 1960, Markov was the first to formulate the idea of using large volumes of water – oceans, underground lakes – to register neutrinos. In the mid-1970s, American physicists Frederick Raines (a future Nobel laureate, who first registered neutrinos from the reactor) and John Lerned tried to realize the idea. They invited a group of Soviet scientists led by Markov and began discussing the construction of a neutrino detector in the ocean. However, after the introduction of Soviet troops in Afghanistan, the U.S. government refused to fund this joint work.

At the scientific council of the institute on October 1, 1980, Markov said that this project must be continued, so that its development in our country could not be stopped. Then Alexander Chudakov, a remarkable Russian experimentalist, one of those who discovered the Earth’s radiation belts on the second Soviet rocket, proposed to make a detector in Baikal. A laboratory was set up for this project, and I was chosen to head it.

That’s how it’s been going ever since.
Don’t listen to people who say that something could not be done due to lack of money. Finding the money is the easiest thing to do. You have to spend some time on it, of course, but it all depends on how good the task is. And ours was so obviously good – a deep-sea neutrino detector – that everyone was happy to help under any circumstances.
We were financed by the State Planning Committee, the USSR State Committee on Science and Technology, and the Academy of Sciences. In 1987, the Central Committee of the Communist Party of the Soviet Union and Council of Ministers adopted the resolution signed by Mikhail Gorbachev and Nikolai Ryzhkov on strengthening the material and technical basis for research in high energy physics. They allocated very respectable, at the time, money for gas pedals – in Novosibirsk, Protvino, in INR in Troitsk. They also supported our Baikal.
For three years, we lived freely, bought everything we needed. Then the Soviet Union began to fall apart, difficulties arose, but even then we were not lost. A group of physicists from the DESY Institute, the largest particle physics center in Germany, the German equivalent of CERN, worked with us. Seeing our unstable position, they began to help, and thanks to this, we safely survived the 1990s.

Boris Saltykov, Minister of Science and Technology in those years, also supported us. So there was nothing to be offended by.

Giant volume of water is required

It was supposed to register astrophysical neutrinos in order to find their sources in space.

The first detector was made under Chudakov’s direction at Baksan in the North Caucasus, deep in the mountain. It was a huge underground scintillation telescope, almost 3.2 thousand photomultipliers, the largest in the world at that time. It was very good, but it recorded low-energy neutrinos, which are born in the Earth’s atmosphere during the passage of cosmic rays. It was not possible to see any clumps or local sources on their background. It became clear that we have to go to higher energies, which means making detectors of fundamentally larger size.
We built the first deep-water detector at Baikal – NT-200. We registered high-energy neutrinos in water, and our priority is recognized worldwide.

Somewhat later, the Americans confirmed this result on the AMANDA subglacial detector in Antarctica.
Ten years later, they realized that even these instruments, much larger than the Baksan one, are still small: it is necessary to increase the volume to at least one cubic kilometer. So there was the IceCube project in Antarctica, the Americans from 2005 to 2011 have spent about 300 million dollars on it. They didn’t rush it consciously, because fuss leads to mistakes. This is a reference detector, five thousand photomultipliers.

We started building a new detector at Baikal in 2015, when a powerful research center – the Joint Institute for Nuclear Research in Dubna – actively joined the work. Now we have eight clusters – 2304 photomultipliers, with an effective volume of 0.4 cubic kilometers. Last year we made one cluster and paid a lot of attention to malfunction repair. If nothing extraordinary happens we will put two clusters of 288 optic modules each this winter. We will keep this pace. By 2024 we will reach 0.7, and after that to 1.5 cubic kilometers.

Both detectors complement each other. There are directions that IceCube does not see, but Baikal-GVD does. Together they see the entire celestial sphere.
The Europeans are also making a deep-water neutrino detector, KM3NeT, in the Mediterranean Sea off the coast of France and Sicily. As of today, there are 12 garlands of 18 optical modules each. It’s not a quick thing to do. KM3NeT will be part of a network of detectors to record astrophysical neutrinos.

Preparations for the launch of the Baikal-GVD deep-water neutrino telescope on Lake Baikal.

The telescope Baikal-GVD will be installed 3.5 kilometers from the shore and at a depth of 750-1.3 thousand meters in the southern basin of the lake. It is designed to search for ultra-high energy neutrino sources, including those in the bowels of galaxies, which are born or die.

What the Baikal telescope sees

All neutrino astronomy is based on the idea expressed by Markov in 1959: to register the Cherenkov light of charged particles. A neutrino does not manifest itself in any way until it interacts with something and gives birth to a charged particle: a muon, an electron, a tau-meson, a cascade of charged particles – electrons, positrons, protons. When they move at a speed higher than the speed of light in water, a combination of waves and a blue glow appear – the Vavilov-Cherenkov effect, which can be registered.

Detectors record Cherenkov radiation from neutrinos flying from all directions. From above, however, come muons formed by the decay of pi mesons, which are born from the interaction of cosmic rays with the Earth’s atmosphere. From this background it is very difficult to isolate the neutrinos we need. This is why we go deep under water, ice, under the ground – so as not to interfere with the particles that fall from above.
Water and ice are significantly different media. Transparency is determined by two parameters: the scattering length, which is how long it takes for a particle to scatter, and the absorption length, how long it takes for light to be absorbed. The ratio of these quantities in water and in ice is very different.

Antarctica’s wonderfully transparent ice scatters light a lot. By the time you collect it, you lose information about the properties of the source. Baikal water is less transparent, but has very little effect on scattering. So IceCube and Baikal-GVD see different things.

On IceCube, the long muon tracks are more visible, but they are few. The neutrino spectrum is dominated by cascade showers, but they lose information about them because of scattering in ice. And we see them well and distinguish them, and from very long distances, even beyond the instrumental limits of the detector, in the outer water.
Both detectors are sharpened for events with energies of 60 teraelectronvolts and higher – there are more neutrinos from distant sources than atmospheric sources in this spectrum. We’re lucky that nature works that way. This was discovered at IceCube, starting neutrino astronomy. We’re trying to localize on the celestial sphere the objects from which these particles emanate.

In fact, we get a living witness from very distant regions of the Universe, from blazars, quasars, from various incredible generators of the most powerful energy.

The IceCube recorded about a hundred events, we have a dozen. That’s not enough to draw reliable conclusions. So far, only guesses. For example, there is a good work of Alexander Plavin, father and son Kovalevs and Sergey Troitsky, which showed that radiolasers emit high energy neutrinos at the peak of activity. Maybe they do, but we need to gather statistics.

Our group has been spending every winter at Baikal since 1981. I have stopped going in recent years – the guys are better at everything than I am. I remain the head of the expedition, I manage from a distance. Recently I counted that I have been in Baikal for almost three years.

2 thoughts on “What Scientists Turned Lake Baikal Into”