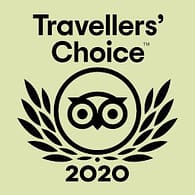 On August 2 and 3, 2019, an international aquabike festival will be held.

The second international Baikal Jet Fest aquabike festival will be held on August 2 and 3 in Irkutsk, in the water area near the Angara icebreaker. Amateurs, athletes, reigning champions and freestyle stars will come to Baikal from 15 countries to show their skills and exciting stunts on jet skis and flyboards.

Russia will be represented by more than 40 athletes from all over the country, including Primorye. And the festival will end with a unique night flyboard show with flamethrowers and concerts of stars.

Competitions will be held in three spectacular disciplines:

On the official website of the festival you can still have time to apply for participation. For the audience there are many entertainment areas that will operate on both days of the festival. Active fans are waiting for the SUP RACE BJF support race. You can participate alone, as a couple, as a company or as a family. Register online at www.baikaljetfest.com. A series of workshops awaits professional athletes from Nikita Martyanov, 13-time champion of Russia, European champion and bronze medalist of the World Wakeboard Championship, as well as the current world champion in aquabike Lee Stone. Anyone can attend the event as a spectator for free from 11:00 in the morning until the evening. See you on August 2 and 3!